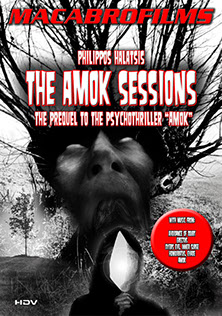 After reading the most dangerous book in existence, 15 Steps To Death by Herbert Miller, a very depressed pessimistic young guy named Sam, believed he finally can understand life and how close he is to his own death. The book describes how specific events in everybody's life get anyone a step closer to death, accidents, shocks, relationships, break-ups or even achievements, with the magic number being 15, even counting someone's birth as the first deadly event. Sam finally found the meaning of life and is convinced that he has to be very careful with his next moves, cause he is only 1 STEP AWAY from death.

By trying to avoid everything and anyone, he ends up cutting his own face with a knife. He ends up in a psychiatric clinic and is considered dangerous as a person. His psychiatrist Dr. Bernstein, pays close attention to Sam's stories during their sessions. It looks like that Sam was suffering from epileptic episodes his entire life, something that he insisted describing as AMOK. During those episodes, he did some weird stuff that he cannot really remember, and that is what Dr. Bernstein is trying to find out, what exactly happened during those episodes and how Sam got to that point. The truth is that Sam has secret plans about the author of the book. He believes that Herbert Miller is the real DEVIL and he has to be exterminated. Dr. Bernstein listens carefully to Sam, but instead of preventing such a thing to happen, he becomes obsessed with the book and its cult following, and decides to make it his own goal to meet Herbert Miller and to find out why he wrote the book and how much of it is based on research or is true. His obsession with Miller and the book is far more dangerous that the harmless Sam's thoughts.

There is a work-print available, but the movie is officially unreleased. The reasons behind it is that a lot of things have happened since we started shooting the movie in 2006. A huge support from bands, three music videos, and tons of music was the first thing that changed our plans. The second thing was that the idea was just too big and the movie was put on hold for turning it into a full length motion picture. Myself and Nick Samaras were working on the script for quite some time, until Nick dropped out of the race for personal reasons, that I fully understand. His performance was great and I am still open to the idea working with him in the future for the full length movie titled AMOK. He went into making his own movies afterwards and we stopped working on AMOK. The existingmaterial was enough for making a short movie out of it, but I was never in a position to put the final touches and to release it.

Years afterwards, I still think that AMOK and 15 STEPS TO DEATH is a great idea for a movie, especially a Psychological Thriller, about the true meaning of Life and how much we need to find some answers about Life and Death. Nick is always going to be part of the movie and it would be interesting to work with him again in the future. He was really obsessed with AMOK for a while and that is partly what killed the movie from happening. 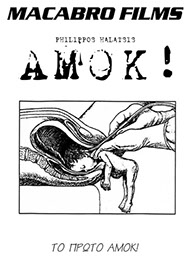 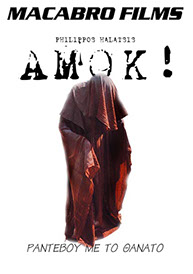 The Music of AMOK 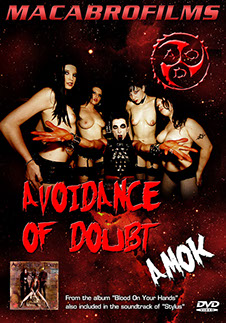 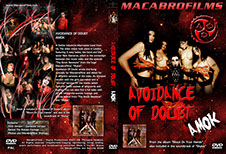 A huge number of bands and musicians came on board and provided their music for the movie. Most importantly, AVOIDANCE OF DOUBT from London UK, they actually wrote a song titled "Amok" for the movie, with lyrics based on the plot. We shot and edited a great music video for them in London, with scenes from the movie and it went viral, it reached like 60.000 views on YouTube back in 2006, which was huge back then.

Other bands that provided music for the soundtrack include: EREKTUS (we did a music video for the song OBLIVION OF EXISTENCE), Virgins Or Peagons, The Eruptors, AMOK - a band from Slovenia, Chaosweaver, Dyers Eve - My Last Amok, HomoIratus, InnerSurge, Volk Vega and more...