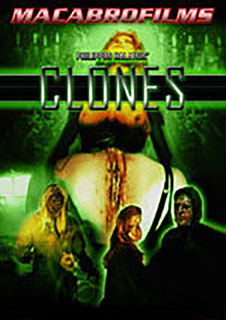 In the future, long after cloning people became possible, all the unsuccessful experiments ended up on one specific planet, far away from the Earth. The deformed clones managed to survive on that planet and even managed to capture one of the next spaceships that was delivering more "garbage". A terrible message reached the earth and everyone panicked!

That is the plot of a very small science fiction movie made by a group of amateur actors, after a producer gave them some money to create a movie about cloning humans. The guy was working for an agency who was trying to prevent cloning humans from happening and to stop companies like CLONAID, that are focused on that. The little movie became viral and affected a lot of people, and turned them against CLONING, especially religious groups.

The director and some of the actors were shorty after kidnapped by agents wearing masks. Some of the actors re-surfaced after a while, totally changed and brainwashed - or probably cloned, while the director returned to his normal life, like nothing has happened. Soon the viewer will start to question what is real and what is part of the movie the group has shot, but will probably fail to realize that it doesn't really matter if it is just a movie or a movie inside a movie...

The movie was shot through the eyes of a cloned girl in the future, who reads about the sci-fi movie from the past, and how much it affected the whole world. Through her eyes we see both the truth and the fiction, but she cannot tell which is which.

This was a very huge and ambitious project for the director and a group of actors from a Theatre School. It was supposed to be the short movie of the year for all to get a grade, but instead it became a unique and complicated sci-fi horror thriller, with many layers of  fiction and reality, many twists and shocks.

The movie had some cool practical effects, but almost all of the digital effects pretty much sucked. We are working on a re-mastered version with new DIGITAL EFFECTS and some cool stuff, that will enhance the experience and will give justice to the script, with a possible novel coming up soon. 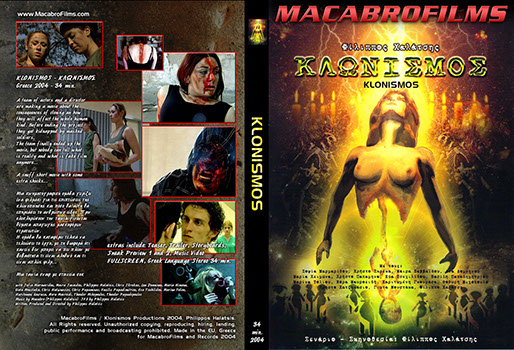 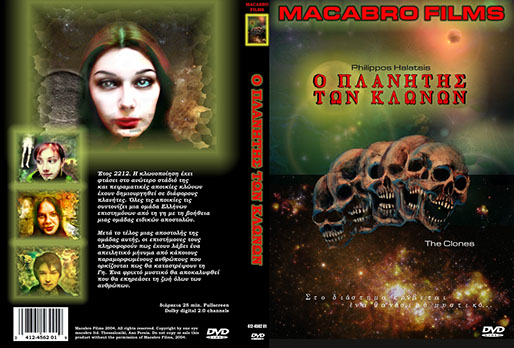