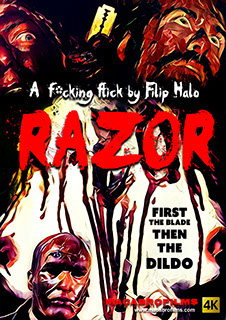 A group of people decide to spend the weekend in an abandoned mansion. They have dinner together, they sing songs, they have a lot of sex during the first night, everything looks fine!

Sunday morning, they realize that some of them are missing. Most of the people who are still inside the house suffer from terrible hangover, so nobody pays any attention to what is going on. It doesn't take long for them to realize that there is a huge pile of bodies inside a spare bathroom. One by one, they all have suffered terrible tortures during the night, especially with a razor blade and other tools. The killer has a very good reason for following them, but nobody suspects who the killer is and what his relationship with anyone else might be.

The movie includes some cheesy dialogue and although it was shot in English, it was later dubbed in English by the same actors for a different sterilized sound that feels fake. One actress is talking in German through the entire movie, and somehow the killer actually responds to her in German as well.

The Special Effects are a huge part in Razor. The props were created by Alahouzos Bros (George and Roulis Alahouzos (http://www.alahouzosfx.com/), one of the few SFX experts in Greece. The applications were done by MacabroFX crew on the spot with the help of another make-up artist. Some of the FX were really complicated and dangerous, especially because of the real electric saw that was used and its reaction to foam and latex, which was unpredictable. The penis-cut-in-half prop was one of the most expensive ones, because there is no easy way to make a mold out of an erected penis. The scene is probably the most notorious one in the movie, together with the nipple-cutting scene (a direct reference to Lucio Fulci's New York Ripper). 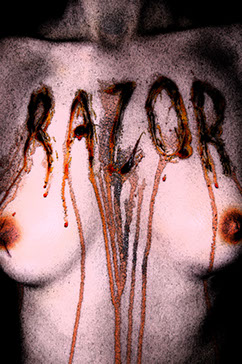 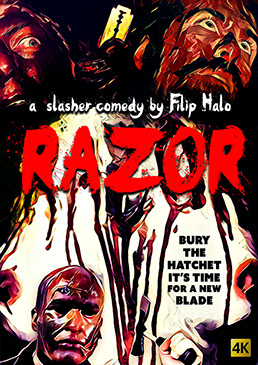 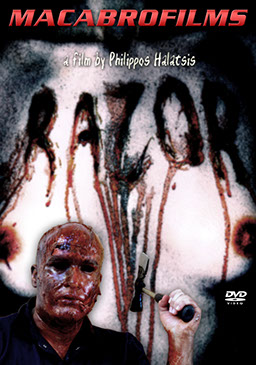 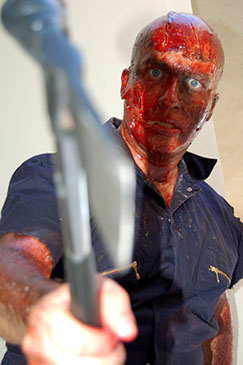 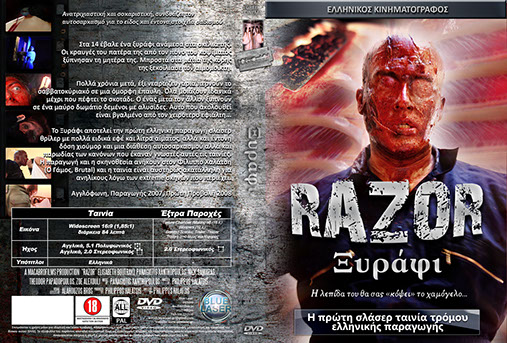 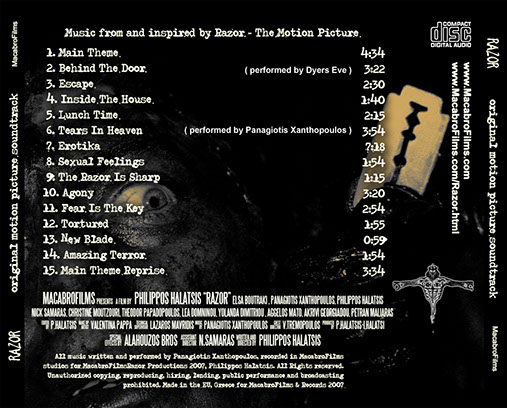 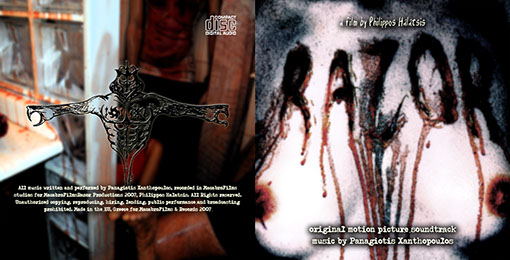 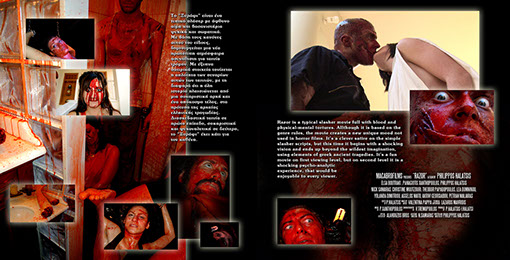 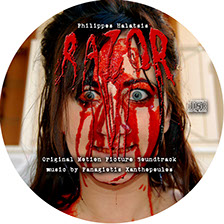 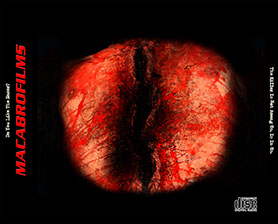