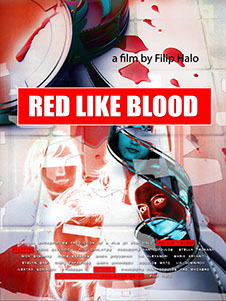 A young female reporter has the brilliant idea to create a fake video report on everyday crime, ranging from fights between couples that end with murder, friendships that end up ruined forever, incest, rape, to even drugs and accidental deaths. She finds a friend who is obsessed with his camera and asks him to do the mockumentary for her voluntarily. He agrees and both start recruiting amateur actors, friends and people who like the idea playing in front of the camera.

The first couple of stories look very fake and weird, until the girl in the second story has a nervous breakdown and almost kills the other actor in the scene with a real knife - who plays her brother in the story and constantly rapes her- probably because she had personal issues with a similar subject.

For the third story the cameraman does the editing by himself and it looks like a short movie, something that the female reporter doesn't find amusing. For the fourth story she doesn't even want to be around, cause it deals with drugs and needles. By the time they are ready to shoot the fifth and final story, both are very tired and want to finish up as fast as possible.

The two girls who "act" in the fifth story, are friends in real life, who had an issue with an ex-boyfriend, and the beef between them is resurrected during the filming process. They totally forget that the camera is there, the "victim" keeps pushing as part of her acting, and the other girl loses her temper to a point that she can no longer control herself...

Originally edited as a 95 min. Found Footage version, that looked and felt eerie real, like a real documentary, unlike most found footage movies. It was truly unbearable to watch. We started shooting it in late 2003 and the first edit appeared in 2005. Some extra scenes were added for a final 72 min. version in 2006.

The movie was described as a gem by many viewers and people who work in the industry. It has a special power, it is very touching and unlike any other movie, it has a soul that can haunt you long after watching it.

The movie took 2 years to shoot between 2002 and 2004, with some additional scenes in 2006. It was a movie project that started in 1999, but was never easy to take off the ground, because of the fact that it isn't the standard script or the typical movie. The idea behind it, was to find a way to re-create professional video footage by someone who has no idea of movies, he is just in love with his camera, he shoots anything for anyone just for the fun of it and he doesn't care about the shots that much, because he thinks he is a good editor. Trying to get into that guy's shoes, while trying your best as a film-maker creates a conflict. You try to stay focused and to imitate the common mistakes you see in other's people's videos, which is what you actually avoid as a film-maker.

The second great challenge was the actors. The first attempts were a failure and the lead female part of the reporter was given to two other actresses at first. After a number of screen tests, the first scene was shot with the one actress in full. The video footage still exists. It was clear that something was missing. So, the director went with his next choice and re-shot the full scene. That was it! She was perfect for the role. She understood the concept of being natural and authentic, she tried her best to get rid of any theater knowledge and experience, that always looks fake in movies. She was very involved until the end of the movie and she took important lessons about a different type of acting, very close to method acting, but totally dangerous for others.

The scenes of this movies were well planed, but the whole approach almost produced lethal accidents on set. The first story was smooth and the director took advantage of the fact that those two actors were in their first year of acting school and always over-acted. It was so perfect for a story that had to look fake. The reporter in the story supposedly had the brilliant idea to shoot it like it was happening in real time, but like ex machina appeared inside the house and interviewed them, while they were still "fighting". The whole concept is actually a spoof of the countless stupid reality shows, where everyone is talking to the camera about emotions and how they have felt at that particular moment. The "murder" went well, and the reporter wanted to make a great exit, as if she had captured a real crime on tape.

The second story was problematic. The actress was great, but nobody knew, she hadn't show how far she could go. The male actor wasn't good at all, so as part of the "fake" style of the story, the shooting was going great. Until the actress had to cry. She stopped speaking to the crew and the other actors, she cried her guts out and couldn't even breathe. She stayed in the role and went to the kitchen, she grabbed a real knife, almost cut herself badly and then she went to the guy's room. The director was shocked and took the risk instead of stopping the shooting. He asked from the actor to turn his back against the camera, so that he wouldn't see her face. The actress didn't act anymore, it was scary. She almost stabbed the guy twice for real and he had no idea what was going on, thinking everything was still OK.

Everything else went fine as planed until the final story. There are three girls inside the room. The one who starts the fight was an actress and was working in the Theater, while the other one had never acted in front of the camera, but was singing on stage from time to time. The shooting stopped after an hour, cause the "singer" lost her mind, she was shaking and was throwing stuff, she even managed to throw a bunch of keys to the refrigerator so hard, that the metal door almost broke in half. Nobody was sure if it was healthy to keep shooting. The word CUT was never heard on set, and that is one thing that cause actors to lose their control, to forget that the camera was there and to become really angry and vicious. So, this is somehow the closest you can get to a real found footage material. The moment in the end almost send everyone to jail, but the actress recovered and didn't press charges, the hit was real and if the brain was shattered she could end up dead.

The first cut of the movie in 2005 was originally 95 minutes. It was closer to a documentary that to a real movie. It was unbearable to watch, not because it was bad, but because it was more realistic than any other movie out there. After screenings, one thing was clear, people had no feelings afterwards, they couldn't decide if they love it or hate it.

The lesson here is that if you push it too far, you can actually end up in jail. The movie looks weird and different because it was weird and different. The goal wasn't to create a snuff movie or a gory horror film, this is the only found footage movie that makes an extra step towards the unknown and was really dangerous to shoot, without any real stunts or SFX. The final scene could be a real murder and this is what murder actually looks like, it isn't fancy or cool, it is stupid and cheap and sometimes doesn't look real to the eyes of a viewer, simply because it doesn't look like a movie death. Death is silent and comes easily, especially when you push everyone to unknown territory, with no cuts or breaks in between. Improvisation with no cuts can make professional and amateur actors completely lose their minds!

Take a deeper look at this movie, it is not the movie you think it is, is had deeper meanings, it goes a step beyond normal movie-making and it explores the dark side of everyday life, how simple people can lose their lives, how stupid ideas can cause trouble. This movie can make you think and re-evaluate what movies are and how far people go for the love of the camera.

Articles about the re-relase of 2016 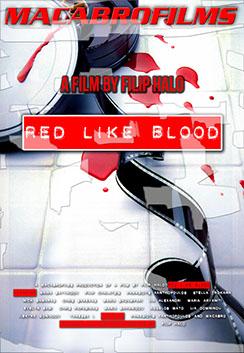 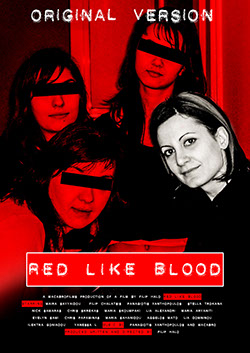 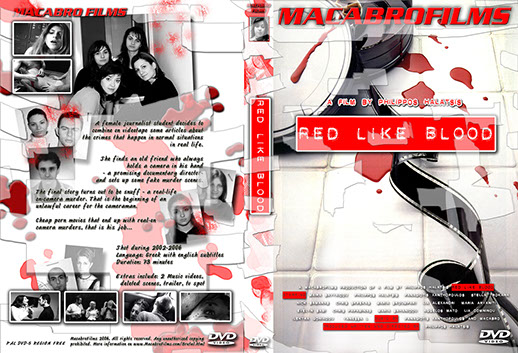 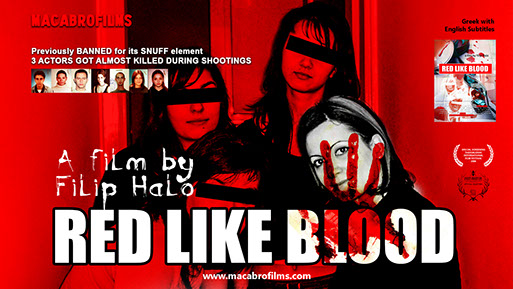 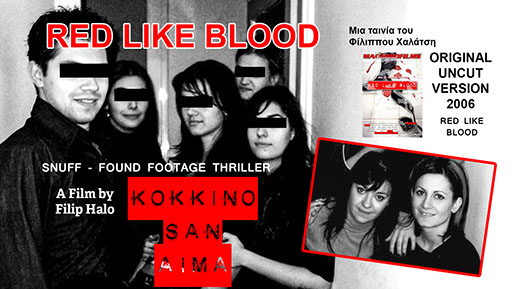 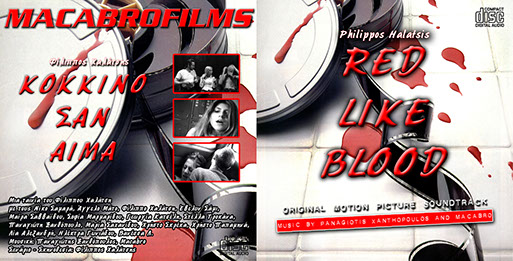 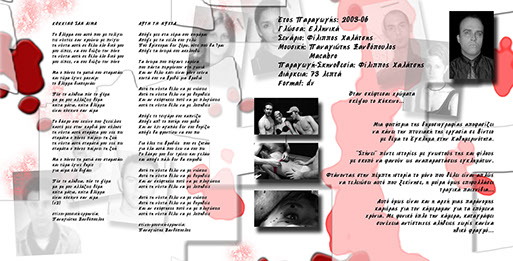 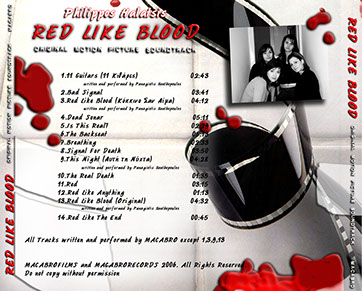 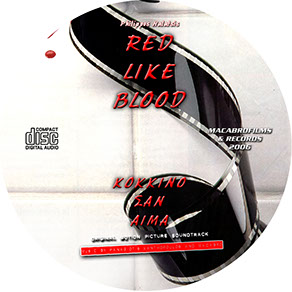 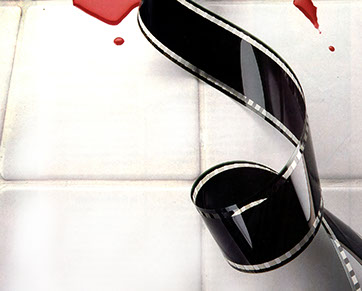