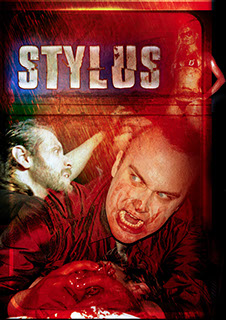 Angelo is an ambitious guy, who wants to make it into modeling and the fashion industry. Things are very hard for him, he tries to create a web series with a friend about the everyday life of a male model, in hopes he could turn it into a reality show deal. He manages to book fashion shows from time to time, but nobody pays any real attention to him, it's always about sexual favors and drugs.

Inside the fashion and modeling circles, he meets a guy, who is well-connected, but Angelo doesn't really know what the guy actually does for a living. He assumes that he is a pimp, but keeps his number just in case. A couple of weeks later, Angelo gets into big trouble with his girlfriend and does something that can get him to jail. He is despaired and the only guy he know that could actually be able to help him, is the pimp. This turns out to be the second biggest mistake of his life. The pimp helps him with his situation, but demands to get a lot of things in return. He forces Angelo to recruit young girls, who are willing to do a lot for finding jobs as models, and uses him to create a corrupted modeling agency. Angelo starts to like the situation, but soon he will have to deal with his own demons. When he tries to get out of the deal, he finds out what the pimp is actually capable of.

We have started shooting this movie in late 2006 and 2007, when we first covered a great number of fashion shows and photo shootings sessions with "Angelo", that would eventually serve as the backbone of the story. Parts of the movie were shot like a fake documentary, and that is the beauty of the movie, cause it feels very real. There is a huge twist right after the second act of the film, that transforms the movie into a disturbing Mystery Thriller.

The movie didn't have a proper release.

A number of deals with sponsors have proven to be fake by Spring of 2007 and there was tension with the lead actor against all other people involved in the project, because of his choices and his attutude. A number of people didn't want to work with him anymore. It was clear, we would have to re-shoot the whole thing or to find a way to transform it somehow into a functional movie. Key scenes have not been shot, that would at least make it possible for the movie to be released as a short, so the only solution was to turn it into an experimental satire based on the Dorian Gray story, that was the basis for the whole idea. The presence of a physical devil role seemed to be a good plot point, so we kept shooting a number of things, that would look like programs of a television station, owned by the devil himself.

The different approach seemed like fun at the beginning, with a reality type of show, that supposedly hosted "real" exorcisms, a torturing show, a chess interactive experience, where the player was betting his own sould against the devil himself, with the story of the male model being another reality show, about an individual, that sold his sould to the devil in return for money and fame. Purely allegoric and fun, this version made it into a final movie, but there was no possible way to sell it to distributors or to create a buzz out of it for various different reasons. The movie will see the light of day in the future, most certainly with brand new better graphics and visuals, but for now it is a cold case. The one thing that included many original shots from the film, was a music video made for a DEICIDE (brutal death metal US band) for an online competition. Members of the band congratulated the creation, but the clip didn't win, because the compationing was based on YouTube views. A "clever" asshole has made a video out of Disney movies - a double illegal standard- and has used all the famous characters as tags for the video. That video has the views, but also had countless dislikes.

Here is the Macabrofilms - STYLUS original video from back then:

Deicide - In The Eyes Of God